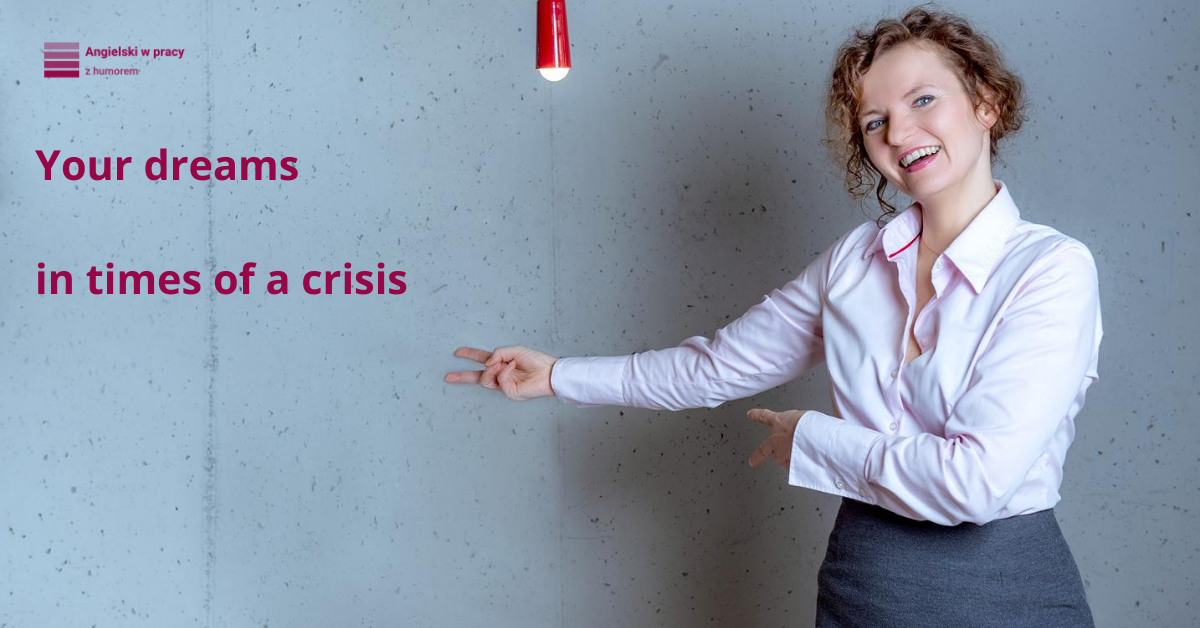 Covid-19 is wreaking havoc ( = szerzy spustoszenie) in all areas of life. Not only do we have the immediate threat ( = bezpośrednie zagrożenie) of the virus itself, but it’s also having a ripple effect ( = efekt domina) on the whole healthcare ( = opieka zdrowotna) system, the economy ( = gospodarka), and the society. 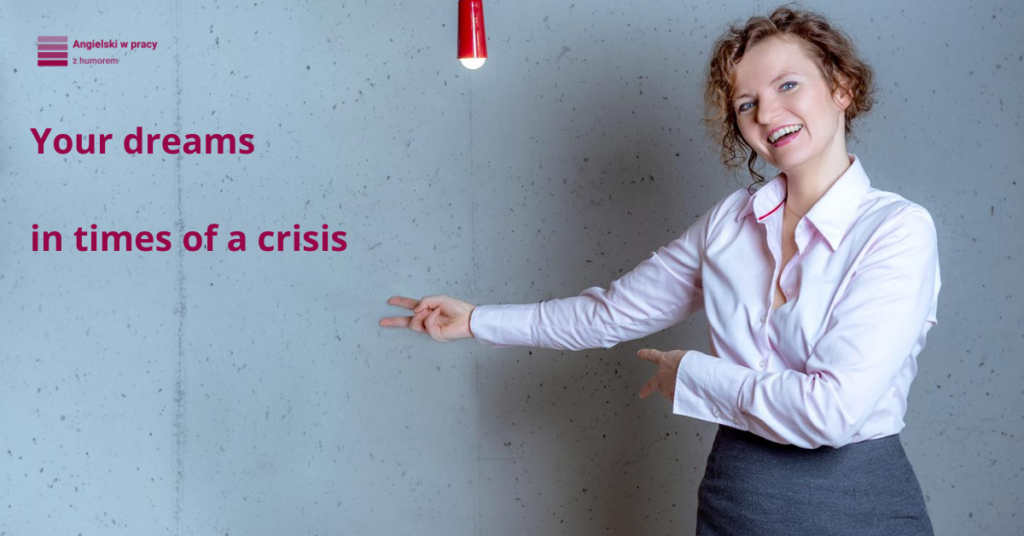 Crippled ( = okaleczeni) by uncertainty, the last thing we tend to think about are our dreams. The stuff which seemed quite commonplace ( = pospolite), such as the next holiday or a book to read, has suddenly become overshadowed ( = przyćmione) by powerful fears: Will I lose my job? Will we be all right? When will this nightmare ( = koszmar) end?

But I dare to say ( = śmiem twierdzić) that NOW is the best time to think about your dreams. If not now – when? Faced with ( = w obliczu) imminent disaster ( = nieuchronnej katastrofy), we have a unique opportunity to examine ( = zbadać) our values, our life so far, and to make strong resolutions ( = podjąć postanowienia) for the future. Because I do believe there will be a future, and we have the power to make it superior to ( = lepsza niż) the past, by resolving to ( = postanawiając) live out ( = zrealizować) our deepest dreams and desires ( = pragnienia).

Now, easy for me to say ( = łatwo mi mówić), because I’ve been incredibly lucky, and I managed to make my dreams come true at the eleventh hour ( = w ostatnim możliwym momencie). I had been dreaming about my trip of a lifetime ( = podróż mojego życia) for a year, and you know what it was if you’ve been following me. Yup, that’s my stay in Spain between 6th and 9th of March.

My first stop was Madrid, and the exhibition ( = wystawa) with props ( = rekwizyty) from the Game of Thrones series ( = serial). It was a very moving ( = wzruszające) experience to see the real sword wielded ( = dzierżony) by Ned Stark, or to ogle ( = wlepiać gały w) the real dragon jewellery ( = biżuteria) worn by Daenerys!

My second stop was Seville, and Real Alcazar – the awe-inspiring ( = godny podziwu) castle where Dorne was filmed. Yup, I’m still talking about the Game of Thrones ;). It was breathtaking ( = zapierające dech w piersiach) to walk in the exact places where the actors were walking, to see where the scenes took place, and to feel magically transported to that land of magic and chivalry ( = rycerskość).

And I managed to return to Poland in the nick of time ( = w ostatniej chwili). Only a few days later, the borders ( = granice) were closed, and all flights cancelled. Spain went into lockdown ( = została zamknięta), as the country finally decided to adapt the social distancing policy ( = polityka izolacji społecznej) in order to flatten the curve ( = spłaszczyć krzywą) of the infection rate. I was literally ( = dosłownie) among the last people to see the exhibition and the castle. They are both now closed until further notice ( = do odwołania). I am incredibly grateful ( = wdzięczna).

So yeah, I’ve been lucky as hell ( = jak cholera)! But this experience, of living out my dream, has given me the courage to dream on ( = nadal marzyć), and to plan my life after the pandemic, with my dreams as the driving force behind everything I do. I will go to Northern Ireland, where they filmed the North in the Game of Thrones. And I will go to Dubrovnik, which featured as ( = grał rolę) the series’ King’s Landing.

So don’t let your dreams be thwarted ( = pokrzyżowane) by the pandemic! Let me know what they are – and this way they will seem more real, as more people will know about them! For “the night is dark and full of terrors,” but the morning always comes.

Poprzedni wpisWorking in a pandemic

Następny wpis I am alive - barely... Free English lessons are back!