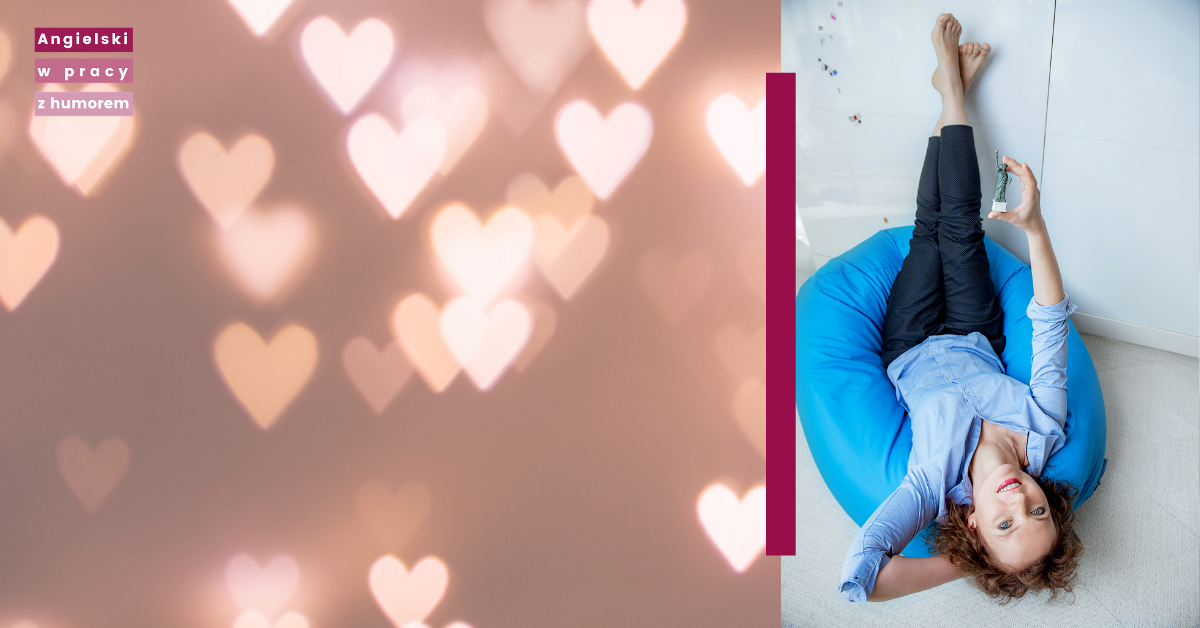 You know that I teach English. And you’ve probably gathered (= domyśliliście się) that I love English. But how did it all start? Let’s find out!

So yeah, I’m in love with (= jestem zakochana w) English. Remember, it’s ‘to be in love WITH,’ not ‘in.’ But before I was in love with English, I fell in love with (= zakochałam się w) someone else. Now, before I tell you about that person, remember that it’s also ‘fall in love WITH,’ not ‘in.’ And the main verb – it’s fall (= spaść). The three forms are: fall – fell – fallen. Lots of people confuse it with another verb, feel. The three forms of feel (= czuć) are feel – felt – felt. Quite a bit different!

So, who did I fall in love with before I fell in love with English? Well, this might be a bit embarrassing, especially nowadays (= w dzisiejszych czasach). Be careful about the pronunciation of “nowadays,” it’s /ˈnaʊəˌdeɪz/, but many Poles tend to switch the two initial vowels (= samogłoski).

I think I was around 12 years old, so please forgive me. I had just started listening to proper ‘adult’ music, or rather teenager music, instead of Majka Jeżowska and Fasolki. And one of my first favourites was… Michael Jackson. Yes, I know that he has fallen into disgrace (= popadł w niełaskę) in the recent years, because of child abuse allegations (= oskarżenia o wykorzystywanie dzieci). But as a young teenager, I was totally infatuated with him (= zauroczona). So obviously, I had to know English to be able to talk to him one day! And to understand his songs ;).

In the early 90s, access to English courses wasn’t as wide as it is now. All I had at my disposal (= do dyspozycji) was an old paper dictionary, an old “Elementarz” of English for kids, and Michael’s songs on audio cassettes. But I persevered (= nie poddawałam się). Soon, I knew the lyrics (= tekst) of all his songs by heart (= na pamięć), and I got to enjoy English so much that I did more exploring on my own.

One thing led to another, and in high school (= liceum) I took part in (= wzięłam udział w) a contest. It was called “Wojewódzki konkurs znajomości języka angielskiego i kultury amerykańskiej,” and the final was live on the local radio. Amazingly, I won! The prize (= nagroda) was a two-week language course in Brighton, and my parents were kind enough to sponsor an extra three weeks in London.

A side note on grammar here. Note that I wrote “a two-week language course,” without “s” after “week.” This is a general grammar rule: when you have an adjective with a number, the noun in it goes in the singular (= liczba pojedyncza), not plural. Yup, I know, too much linguistic jargon ;). Let’s look at some examples: a two-week course (not ‘weeks’), a three-month holiday (not ‘months’), a six-wheel car (not ‘wheels’). And no, I have no idea whether six-wheel cars actually do exist. That was just an example ;).

Are you in love with English? Please let me know! 🙂

See you next week! 🙂 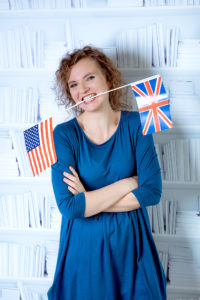